Dealing with the Side Effects of Chemotherapy

Dealing with the Side Effects of Chemotherapy

Chemotherapy is one of the most well-known and commonly used treatments to fight against cancer. Chemotherapy is actually an umbrella term for several different types of drugs which fall under three different treatments. There is the standard treatment, traditional treatment and cytotoxic treatment. Usually chemotherapy is used in combination with other treatments, such as surgery or with radiation therapy, but it can be used on its own. Because it can be used to kill localized cancer as well as metastasized cancer, chemotherapy is considered ideal. However, the drugs used are very toxic and do not focus solely on cancer cells. They kill healthy cells and tissues as well, which causes the associated side effects. The treatment is effectively poisoning the body to get rid of the cancer. The side effects can severely impact the daily life of cancer patients.

What Are the Side Effects?

Side effects to chemotherapy depend on several different factors. The treatment can be administered differently depending on the cancer that is being treated. Patients may receive chemo in different ways including orally, intravenously, through intra-muscular injections and sub-cutaneous injections. Side effects are also affected by the type of drugs being used as well as the health of the patient taking them. There are many different factors. Some patients may suffer many of the side effects while others do not seem to be affected as much. Doctors try to provide the highest dosage with the minimal amount of possible side effects. Because the drugs are essentially toxic to the body, not just the cancer, the problems associated can be severe.

Common side effects include digestive disturbances such as nausea and vomiting, mouth, skin and hair problems, weight loss/gain, and fatigue among many others. The more serious side effects are the result of the chemotherapy affecting red and white blood cell count causing neutropenia, thrombocytopenia or low platelet count, damaging bone density, as well as causing heart and organ damage. These are only some of the problems as the treatment affects every part of the body, especially if it is a strong treatment. 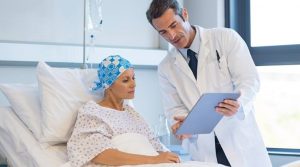 How Can You Manage these Side Effects?

As part of palliative care, doctors offer a multitude of drugs including anti-anxiety medication, anti-nausea, and pre-chemo meds which are meant to mitigate side effects.  These drugs also have their own host of issues. One such drug called Neulasta causes severe bone pain and contributes to the loss of bone density. It is used to help with lowered white blood cell count but does so by using bone marrow.            Patients using anti-anxiety medication can become dependent on the drugs. Anti-nausea medication can cause constipation or diarrhea—side effects which are already an issue with the treatment itself and contributes to dehydration. There are no easy ways in which to manage the side effects, but further studies on newer, less toxic treatments may help to improve them.

Studies to Reduce Side Effects

The Beljanski Foundation conducted a clinical trial in collaboration with Cancer Treatment Centers of America, located in Zion, Illinois specifically focusing on chemotherapy side effects. Dr. Mirko Beljanski studied RNA fragments, some of which stimulate white blood cells and platelets. One of chemo’s more serious side effects is called thrombocytopenia. This is a condition in which the blood has a lower than normal number of platelets. Platelets are responsible for clotting if blood vessels are damaged. The complications of a low platelet count can be severe. The clinical trial used Beljanki’s RNA fragments and found that the fragments help prevent the condition by creating new platelets. Patients did not need to have their chemo dose reduced, meaning there was no interruption in their treatment. Most importantly, the RNA fragments did not cause any side effects when administered and patients recovered a stronger immune system after the treatment was completed. 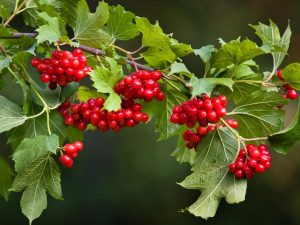 Is There a Better Treatment?

Chemotherapy is known to be effective against cancer stem cells. For that reason, it has not eradicated the diseases nor is it truly effective in curing cancer completely. With the wide range of its side effects, chemotherapy is primarily a form of poisoning the body in order to kill the cancer. The Pao pereira and Rauwolfia vomitoria extracts, which are discussed in Winning the War on Cancer, can be used to decrease the toxicity of chemotherapy and reduce the length of treatment. While further research is still being conducted, a trial on mice was performed to show the synergistic properties of Rauwolfia vomitoria and Gemcitabine chemotherapy on pancreatic cancer in mice. Rauwolfia vomitoria is a plant extract that is non-toxic to humans and selectively targets cancer cells. When the plant extract was combined with the chemo, the mice exhibited reduced tumor growth by 56% compared to the lack of reduction in tumor weight using Gemcitabine alone. It’s important to note that Rauwolfia vomitoria alone was still effective against cancer cells with low toxicity. Once the treatment was completed, the mice showed no tissue damage. This discovery can help reduce the toxicity associated with chemotherapy treatment.

Another Beljanksi plant extract called Pao pereira was used in another study on pancreatic cancer in combination with Gemcitabine chemotherapy. The effect was even greater than the Rauwolfia vomitoria and showed a 75% suppression of tumor growth. Pao pereira has also been studied in use against ovarian cancer and alone suppressed tumor growth by 79%. When combined with chemotherapy, the extract enhanced the cytotoxic effects while reducing its concentration. Both plant extracts were shown to be effective against cancers which no longer responded to chemotherapy treatment. They also were both non-toxic to healthy cells and did not demonstrate any of damage associated with traditional treatment. Patients could benefit from RNA fragments during chemotherapy and also use Pao pereira and Rauwolfia vomitoria to improve their overall outlook on the disease.

How Effective Are the Common Treatments for Metastatic Cancer?
November 27, 2018 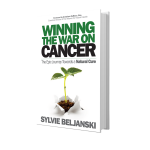 Buy the book
Go to Top
We use cookies on our website to give you the most relevant experience by remembering your preferences and repeat visits. By clicking “Accept All”, you consent to the use of ALL the cookies. However, you may visit "Cookie Settings" to provide a controlled consent.
Cookie SettingsAccept All
Manage consent

This website uses cookies to improve your experience while you navigate through the website. Out of these, the cookies that are categorized as necessary are stored on your browser as they are essential for the working of basic functionalities of the website. We also use third-party cookies that help us analyze and understand how you use this website. These cookies will be stored in your browser only with your consent. You also have the option to opt-out of these cookies. But opting out of some of these cookies may affect your browsing experience.
Necessary Always Enabled
Necessary cookies are absolutely essential for the website to function properly. These cookies ensure basic functionalities and security features of the website, anonymously.
Functional
Functional cookies help to perform certain functionalities like sharing the content of the website on social media platforms, collect feedbacks, and other third-party features.
Performance
Performance cookies are used to understand and analyze the key performance indexes of the website which helps in delivering a better user experience for the visitors.
Analytics
Analytical cookies are used to understand how visitors interact with the website. These cookies help provide information on metrics the number of visitors, bounce rate, traffic source, etc.
Advertisement
Advertisement cookies are used to provide visitors with relevant ads and marketing campaigns. These cookies track visitors across websites and collect information to provide customized ads.
Others
Other uncategorized cookies are those that are being analyzed and have not been classified into a category as yet.
SAVE & ACCEPT